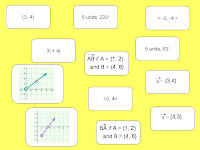 And I thought it would take them 3 minutes to do it!
Posted by Audrey McLaren at 8:00 AM