And the evolution continues....

I have written a lot about how I use googledocs to track my students in my flipped classroom. If this is your first time reading my deep thoughts, then here are a few of my earlier posts that lead up to this one:
the googledocs checklist, how it looks to the teacher, handling all the gorgeous data, parent reactions.

Well, now I'm using my beloved checklists as a two-way communications device.  I'm finding that just showing the kids the results of their updates is having a huge impact. At the very least, the ones who update everyday love to see how pretty it looks as a spreadsheet, AND, believe it or not, that seems to motivate the others to update more often, and hence be more organized, because they like to see all the pretty colours! And no one wants to see any red.

More importantly, though, showing them their own week-at-a-glance gives me a way to communicate with them in case I don't get to them in class. It also enriches our time in class in ways I hadn't even anticipated!

Here's the routine I've fallen into so that I can quickly assess their progress on the fly, give feedback, and more importantly, get feedback:

Every day:
To handle the INCOMING info (from students to me): I:
OUTGOING info (from me to student): I:
IT'S GO TIME: Now I'm ready for the dialogue! Next class I:

At the end of the weekend:
Summarize the week's communications, INCOMING, OUTGOING, whatever, as soon as the Sunday
night deadline is up. I:


Should have taken my time but I think my score was pretty good, but I should have done better

I hate the fact I made a silly mistake on a MULTIPLE CHOICE question.... But I'll survive. Loved the test, not too hard! :D

I think i did very well considering how difficult it was for me to understand all the work. I studied hard and it paid off

Now I just have to figure out a way to do all this and NOT spend every waking moment on the computer, so that my family won't disown me.....another post entirely. Maybe even another blog entirely.
Posted by Audrey McLaren at 5:33 PM 4 comments: 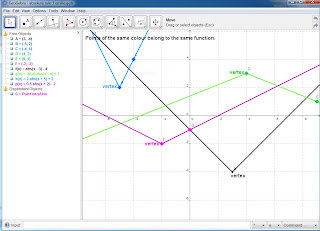 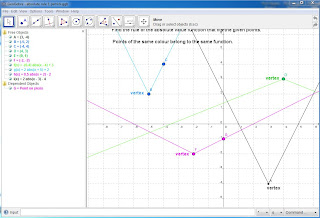 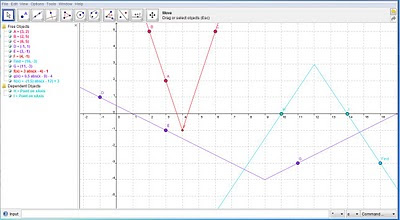 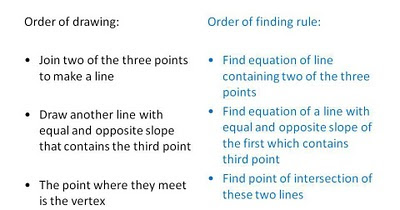 By the way, I would love to share my ggb files here, but I'm not sure how to do that. They are embedded, but does that mean they can be downloaded? Don't know.  I know I can upload to the geogebra wiki, which I will, but as soon as I can figure out how to do that here, I will. Any advice would be GREATLY appreciated.
Posted by Audrey McLaren at 1:55 PM 6 comments: