The power of the WSQ

This week I decided to try out the WSQ, sort of. It was more of a WQS, since my students are already required to leave a comment/question as they watch the lesson on voicethread. So by the time they got to the S, they had already done the W and the Q. I looked forward to reading their summaries, and to getting insight into their thoughts. But I have to admit that the idea of reading and assessing everybody's summary was a bit daunting, so instead, on the last slide of the lesson, I told them that their next task was to summarize the steps of the procedure (solve an absolute valued inequation) and be ready to present in class next day, rather than hand it in to me. Here's the voicethread:


But I don't want to listen to a dozen or so of those, so at the beginning of class, next day, I put them into groups (in the virtual class that's called a break out room) and gave them about 10 minutes to put their summaries together as a group. Two birds killed with one stone: those that had watched got to reinforce their learning, those that hadn't got a peer's version of the lesson. I also LOVE that in the virtual class I can spy on them while they're working....and not have them know that I'm doing that! Try THAT in the brick and mortar!

Then I brought them back into the main room and had them present, using the microphone, no texting allowed. More dead birds: we all got to hear other voices for a change, and that wonderful class cohesion started to happen right before my eyes. Kids encouraging each other, joking, imitating me, by writing "Sketch that puppy" on their board! To the virtual class teacher, this is pure heaven!

Here are a few shots of their summaries: 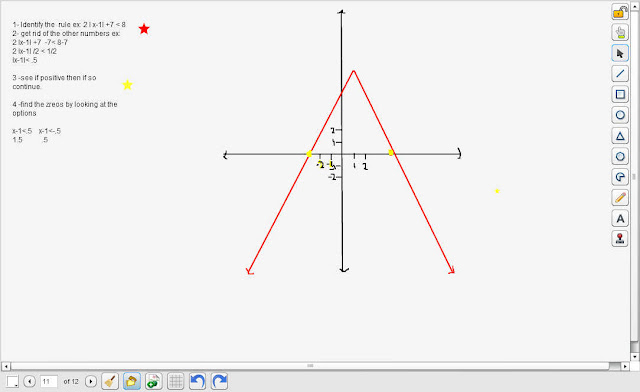 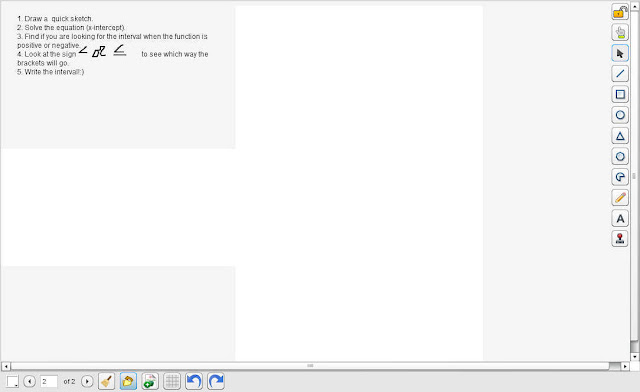 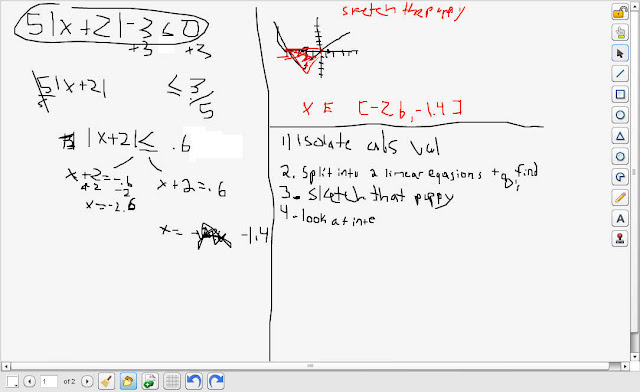 What a great activity! Not because everyone had perfect summaries, because they didn't. The point was they got to work together, discuss, debate, draw, question, basically reveal their thoughts. That has to mean that those thoughts started to evolve somehow, today, in class. To evolve toward something deeper, or maybe even more right. We talked about what everyone had in common, how there were a few steps that were different, some more detailed than others. One student had actually prepared her own powerpoint summary!

Things I noticed:
What's next?

Another thing that only occurred to me afterward is that now that they've done this, it'll be a great lead-in to their blogs, which will start soon, because one of the first things they will do is do a summary of a lesson. This gets them up to speed just in time. But of course, being the seasoned professional that I am, I'll pretend that that was my intention all along.....
Posted by Audrey McLaren at 12:05 PM 8 comments: