I have been getting really cheeky lately with my checklists. Maybe I'm just tired of seeing the same 2 or 3 possible answers, which means the kids are too. But I do like to amuse myself too! Here are a few samplers:

Desperate for comments on the voicethreads:

....and it looks really funny at the end of the week, like they're all yelling at me!

Just curious who might notice this AND check it off:

....and they practically all did!

Aaaaaannnnnnnd I am just so sarcastic sometimes it is surely wrong:

Apparently there are several trig gods in my class, but sadly so far, no goddesses. Well, heaven help them, they had better be prepared to prove it.

Anyway, perhaps I should start calling them cheeklists.
Posted by Audrey McLaren at 11:41 AM 2 comments: 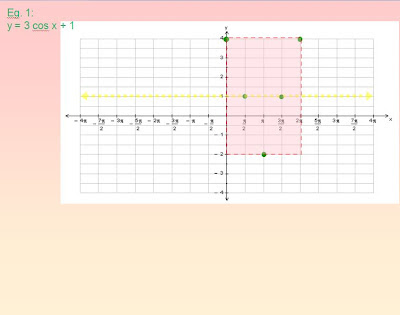 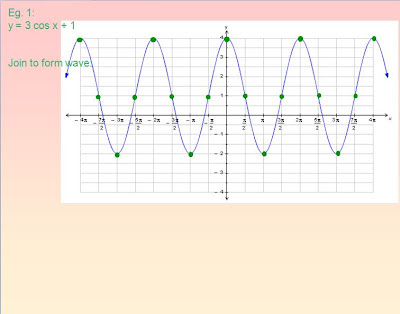 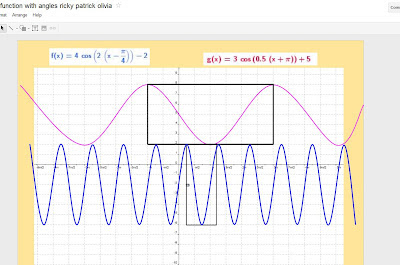 A few organizational details:
Next time:
Who knows what else will be different? The point is, I now have this post to read next time, plus I have everything I need saved in a folder called "Activities", which is a new folder type in my collection of stuff, PLUS I have student blogs like this one, giving me great ideas, like calling it a box, instead of a rectangle!
Posted by Audrey McLaren at 5:36 AM No comments:

Confessions of an un-cooperative learner

Now that I have come full circle with flipping, that is to say, it has been a year since I started flipping, I can use some of the voicethreads and videos I used last year. Punched up a bit of course, but it should get a bit easier to be prepared. Which means I can focus on the class activities, to make them more interesting, collaborative, and authentic.

How can I ask kids to do something I wouldn't want to do?

The collaboration part is the hardest for me. I have always struggled with putting kids into groups, probably because I have never liked working in groups myself. As a young teacher (which was just last week....) I was decidedly uncooperative about cooperative learning! I guess I wouldn't make a very good dolphin. They clearly do everything in cooperative groups.

I think part of the problem is that it all seems so un-authentic to me. Whenever I was put into some group for a workshop, I thought "Why should I work with people that I don't know and would ordinarily not want to have anything to do with, and who don't seem any more jazzed about this than I am?" So I know how the kids feel. And even if the kids DO want to work with someone else, THEY should be choosing who it is, not me. And then there's the task, which always seemed so contrived, like pretend you are organizing this, and your task is to do that....enough pretending already.

But my inner dolphin is emerging!

Our team at Learn did a fabulous group presentation last week at LCEEQ, which was clearly greater than the sum of its parts, so I get it now. And I watched this video a while ago that got the cooperative ball rolling:


I recognize fully that learning is a social activity, or at least it should sometimes be. So I have been trying to come up with ways to just get groups to form organically. Kids wanting to work together because of an authentic reason that doesn't involve marks, or teacher direction, or pretending. And like most things, the ideas come to me when I am not particularly looking for them, or ready for them.

The other day in my grade 10 class, this happened:

Two kids who are always ahead of everyone else, which is to say, they do things on time, and they are both very strong students, both happened to have questions on the same assigned textbook examples. Wanting to be efficient, I took them into a break out room to help them both out, just trying to save time. I gave a bit of help, then I got an idea. I proposed that they just stay in that room together since they're working on the same thing, and they might be able to help each other out.  They were ok with it. Then I left, and returned a few minutes later, without them seeing that I was back (ZENlive, our virtual classroom, has many tricks like that) ....and they were actually working together, discussing, asking, writing on the board. And when class was over, they stayed there to finish the work!

Then a few days later, in my grade 11 class, this happened:

Exactly the same setup, but this time, five students. When I went back in to check, nothing was happening. :(  What was different: this was a group of five, not two. That might have been all there was to it. But the task was also a lot easier, so there was no compelling reason for them to collaborate. And I explained it all.

So here's what I'll do next time:

Plant a seed in the assigned work that will get a lot of questions to lure them in, then put them in a group, and then shut myself up! I'll just say here, you guys all have the same question, see if you can put your heads together.  Good luck, get cracking.

Me tell you? What do I look like, a dolphin?
Posted by Audrey McLaren at 5:23 AM No comments:

Start with the students

Here's what I've been doing since my last post, wow, almost a month ago, just shows how productive I've been, if I do say so myself:

So now I have to post in more detail about all this, in case there is anyone out there who wants to know how to, or just see how all these things look and feel. That should take.....a while. But here goes. Starting with the blogs:

Before I could set this up, I had to get a big picture. Like some sort of structure of the blogs, who do I want linked to whom, how would it look, how do I start....I got really hung up on that. Then my fabulous fellow online teacher Paul told us about how he did it with his history students, and it all became crystal clear. Start with the students. Have them create their own blogs first, if they don't already have one. This is just a sort of pictorial representation of how it all looks in my wee head:

More detail to come, but feel free to comment or give feedback, either right in the voicethread, or here!
Posted by Audrey McLaren at 7:13 AM 1 comment: